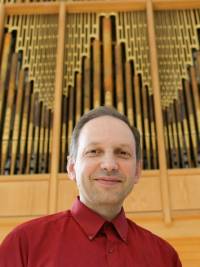 Christophe d'Alessandro is a researcher and musician, with a background in mathematics, computer science and signal processing, keyboard performance, improvisation, and music composition. The unifying theme of his research in a multidisciplinary approach of music, sound, gesture and language.

As a researcher, Christophe d'Alessandro is a senior scientist (Directeur de Recherche CNRS) and the head of the Audio and Acoustics group at LIMSI. He received the B.S. degree in Mathematics, the M.S and the PhD degrees in Computer Science from Paris VI University, in 1983, 1984 and 1989, respectively, and the "Habilitation a Diriger les Recherches" from Paris XI University in 1997. He has been a permanent Researcher at LIMSI, a laboratory of the CNRS (French National Agency for Scientific Research), since October 1989. Prior to joining the CNRS, Dr. d'Alessandro has been a Lecturer in computer science at Paris XI University from October 1987 to October 1989.

Christophe d’Alessandro published over 220 papers in major journals and conferences in the fields of Speech Processing, Natural Language Processing, Musical Acoustics, and Organology. He has served as Editor-in-Chief of Traitement Automatique des Langues and as chairman of the Musical Acoustics Committee of the French Acoustical Society. He is an Associate Editor of the EURASIP Journal on Speech, Audio, and Music Processing, Journal Of Speech Sciences, Revue Musimédiane, a member of IEEE, ASA, SFA and ISCA, and he organized a number of international workshops dedicated to voice, speech and multimodal interfaces (VOQUAL'03, the first international workshop on Voice Quality: Functions, Analysis and Synthesis (with K. Scherer, Nick Campbell and B. Doval), ParaLing 07, the International Workshop on Paralinguistic Speech - between Models and Data (with M. Schröder and A. Batliner), and eNTERFACE'08, the 4th international workshop on multimodal interfaces.

As a musician, Christophe d'Alessandro is an organist and composer, titular organist of Sainte-Élisabeth, Paris. He began studying piano in 1968, with Lucien Pipereaut. From 1977 he studied harpsichord and early music with Richard Siegel and Guy Robert, then organ and improvisation with Suzanne Chaisemartin and Denys Mathieu-Chiquet, and played keyboards in various rock bands and free-jazz groups. Christophe d'Alessandro studied composition with Luc Ferrari, harmony, counterpoint and analysis with Jean-Michel Bardez and Solange Ancona. His early interest in musical creation and research lead him to study mathematics and computer science. Appointed assistant organist in 1988 and titular organist in 1992 at Sainte-Elisabeth, Christophe d'Alessandro is regularly invited as a performer and improviser, and has recorded for radio and television programmes. Christophe d'Alessandro is also an enthusiast clavichord player, building his first instrument, a Heugel kit, as a teenager. He is a member of the Historic Organ Committee of the French Ministry of Culture. Christophe d’Alessandro’s music is influenced by his works on language and gestures: vocalic colours and timbres, speech prosody, consonantal rhythms.